Many advances in cancer care come from applying the insights of basic science. This past year, Memorial Sloan Kettering scientists made fundamental discoveries that have direct relevance to cancer treatment. Below are ten of our favorites.

People with mutations in the cancer-predisposition genes BRCA1 and BRCA2 have a much higher risk of developing certain cancers. But there is a silver lining for people with BRCA2 mutations: They may be more responsive to immunotherapy, as MSK physician-scientists Nadeem Riaz, Timothy Chan, and Jorge Reis-Filho discovered this past November.

2. This fiery form of cell death could be a new approach to cancer treatment

Sloan Kettering Institute cell biologist Xuejun Jiang and MSK President and CEO Craig Thompson have found that cancers with certain mutations are vulnerable to ferroptosis, a form of iron-dependent cell death. The discovery could provide a new treatment approach for certain cancers.

Could destroying these safe harbors be an indirect way to fight this internal enemy? Research published this past year by SKI immunologist Ming Li suggests the answer is yes.

Cancer cells rely on the biology of regeneration, wound healing, and embryonic development to spread to other organs and escape detection by the immune system, researchers from the Joan Massagué and Dana Pe’er labs have discovered.

Our study is the first to assess the impact of having one versus two dysfunctional copies of TP53 on cancer outcomes.
Elli Papaemmanuil molecular geneticist
Back to top

5. Answering an old question about the most common cancer mutation

“Our study is the first to assess the impact of having one versus two dysfunctional copies of TP53 on cancer outcomes,” says molecular geneticist Elli Papaemmanuil, a member of MSK’s Epidemiology and Biostatistics Department.

6. Starve a cancer, heal a patient?

In recent years, cancer biologists have come to understand that metabolism — the way that cells acquire and use nutrients — can directly affect their tendency to become cancerous. That opens up new avenues of treatment, according to SKI cell biologist Lydia Finley.

Cancer Stem Cells’ Reliance on a Key Amino Acid Could Be an Exploitable Weakness
The discovery links metabolism to the way cancer stem cells form tumors.
Learn more
Back to top

7. A one-two punch against pancreatic cancer

Pancreatic cancer is one of the most challenging cancers to treat, but a two-drug combination can make pancreatic tumors more sensitive to cancer-fighting medicines by breaching their defensive shell, finds a team of researchers from Scott Lowe’s lab in SKI.

Researchers knew that glioblastoma was powered by tumor stem cells but not which ones. Vivianne Tabar’s team discovered their identity.

9. Cancer as a wound that doesn’t heal

Metastasis is responsible for 90% of cancer deaths, yet not much is known about what makes cancer cells capable of metastasizing. SKI physician-scientist Karuna Ganesh and SKI director Joan Massagué determined that metastasis-initiating cells co-opt the body’s natural wound-healing abilities. 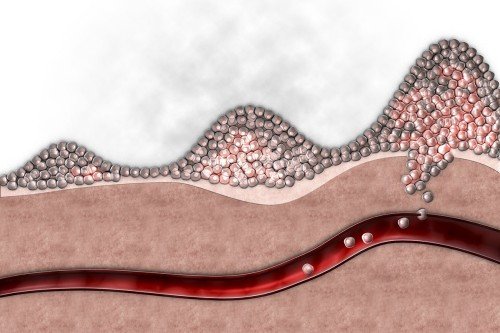 What Does Cancer Metastasis Have to Do with Wound Healing? More than You Might Think
Scientists are learning that — in a literal sense — metastasis is wound healing gone wrong.
Learn more
Back to top

Back to top
Navigate this article

Year in Review: Five Important Clinical Advances in Cancer in 2020