Scientists at the Sloan Kettering Institute have solved the puzzle of how small chromosomes ensure that they aren’t skipped over during meiosis, the process that makes sperm and egg.

The biological process that produces germ cells is a type of cell division called meiosis. As a result of meiosis, each germ cell contains only one copy of each of the paired chromosomes found in a body cell. (In humans, that’s 23 chromosomes versus the usual 46.)

In addition to reducing the chromosome number, meiosis also shuffles the genetic material on the maternal and paternal chromosomes found in our cells. The chromosomes break and then swap segments by crossing over with one another before being divvied up into daughter cells. This shuffling is why you and your siblings look different despite having the same parents: The sperm and egg that came together to make you each contained a unique combination of maternal and paternal chromosomes.

Meiosis is one of the most important processes in all of biology, yet much has remained mysterious about its fundamentals. In particular, it has long been a question how small chromosomes don’t get lost in the shuffle of breaking and recombining when competing with chromosomes ten times their size.

It was unclear how small chromosomes manage to punch above their weight in terms of making these breaks.
Scott Keeney molecular biologist

“We’ve known for a while that smaller chromosomes have a higher rate of DNA double-strand breaks — the breaks that initiate recombination,” says Scott Keeney, a molecular biologist in the Sloan Kettering Institute and a newly elected member of the National Academy of Sciences. “But it was unclear how small chromosomes manage to punch above their weight in terms of making these breaks.”

Now, he says, a team from his lab has solved the puzzle. Hajime Murakami, a Senior Research Scientist in the Keeney lab, led the research and is a co-corresponding author, along with Dr. Keeney, on a new paper describing their findings published May 6 in the journal Nature.

Don’t You, Forget about Me

The first step of recombination is breaking the two strands of the DNA double helix — called a double-strand break (DSB). Special proteins (including one called Spo11, which Dr. Keeney discovered more than two decades ago) create DSBs in chromosomes. The maternal and paternal members of each chromosome pair then find one another, and the non-broken chromosome is used as a template to repair the break in the broken chromosome. 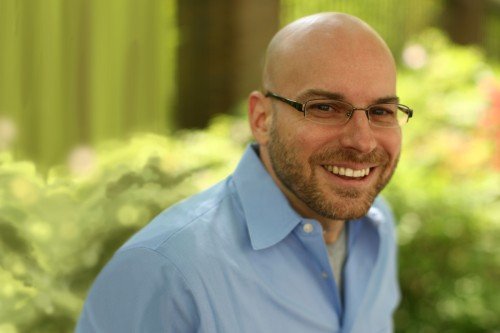 After this process of breaking and repair, the maternal and paternal chromosomes are essentially tied together, such that if you pulled on one you would bring its partner with it. It turns out that this temporary tying of the knot is a crucial part of the way that cells know that the two members of the chromosome pair are ready to be split up into different cells. Every chromosome pair, therefore, needs at least one DSB to ensure it gets segregated properly.

“If DSB formation were a random process, happening blindly across all chromosomes, then you would expect that very small chromosomes would sometimes get skipped over,” Dr. Murakami says. “But that does not typically happen.”

If fact, he says, small chromosomes have a higher rate of breaking and recombining than longer chromosomes for a given length of DNA.

Dr. Keeney, Dr. Murakami, and their colleagues now show how this happens: By recruiting more of the proteins that break chromosomes to initiate recombination, and holding on to them for longer, little chromosomes ensure that they aren’t forgotten.

The researchers came to their conclusions through a series of elegant experiments conducted in the yeast Saccharomyces cerevisiae, a simple eukaryotic organism with 16 chromosomes, including three that are very small. In one experiment they asked: what would happen if you made a short chromosome long by attaching it to a longer neighbor; would it still behave like a short chromosome in terms of recruiting the breaking factors? The answer was yes.

They also asked what would happen if you made a long chromosome short by chopping it in half; would it behave like a short chromosome? It didn’t. These results show that there is a factor that is intrinsic to a little chromosome that determines its behavior, rather than its size per se.

This extra “boost” that small chromosomes have helps explain how they can punch above their weight, ensuring recombination on every chromosome, no matter how small.